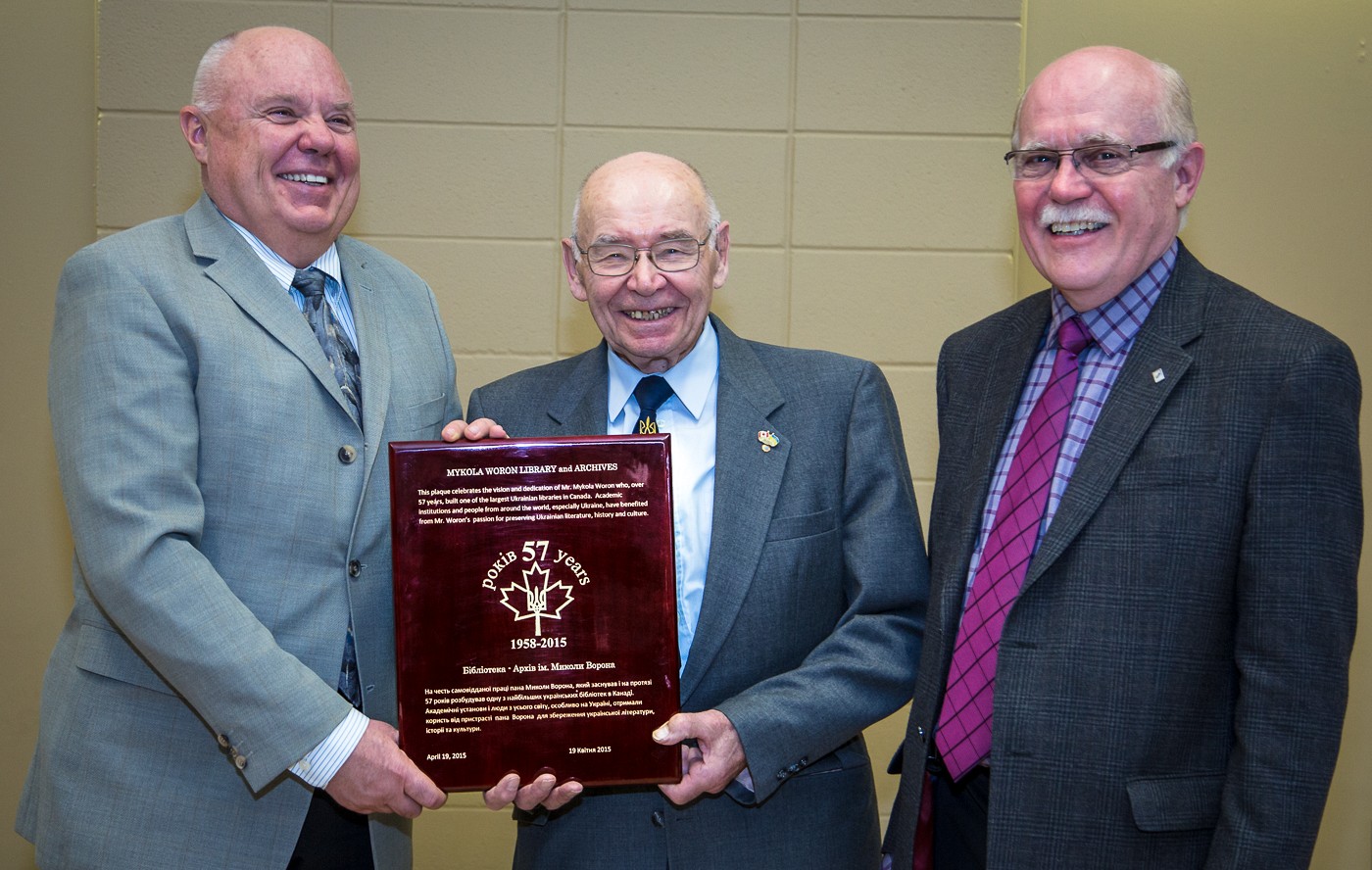 Mr Woron has been our librarian for 57 amazing years. Over that time he has built a library which has over 15,000 volumes and is now one of the biggest Ukrainian libraries in Canada. This library has been used not only by our parishioners, but by people from around the world, especially Ukraine. It has also become a valuable source of information for academic institutions.

Mr Woron’s passion for books started as a young man. He first organized a library In the Ukrainian D.P. Camp at Hanau in Germany. He was able to bring some of those books with him to Canada. In 1958 two book shelves were built in the old St Vladimir’s church and Mr Woron then decided that this would be the start of the library.

If you ask Mr Woron what he is most proud of he will tell you that it is the very rare books he has accumulated including:

A copy of the Peresopnytsia Bible written in 1556-61. This was the bible of the Hetman Ivan Mazepa and a copy is used today when the president of Ukraine takes his oath of office.

One of only six re-printings of the Constitution written by Hetman Pylyp Orlyk in 1710. This document is important because it predates the United States constitution of 1787.

Mr Woron funded this library the old fashioned way - through hard work. For decades he collected pop bottles at the CPR. He also sold lottery tickets and his children still remember selling these tickets at CO-OP. He was also generously supported by organizations such as TYC.

Mr Woron, we the congregation of St Vladimir’s have decided that the best way to honour your achievement is to rename the library the Mykola Woron Library and Archives. We have prepared a plaque which will hang in the library and I would now like to read to you what is on the plaque.

“This plaque celebrates the vision and dedication of Mr. Mykola Woron who, over 57 years, built one of the largest Ukrainian libraries in Canada. Academic institutions and people from around the world, especially Ukraine, have benefited from Mr. Woron’s passion for preserving Ukrainian literature, history and culture.”